My coworker brought her three month old baby boy into the office yesterday. And as she changed him in the middle of the conference room table (it is apparently this only safe flat surface to change a baby in my office) he began to fuss.

I, of course, defaulted to high pitched googoo-gagas followed by a singsongy “dude kid, what the hell are you fussing about”. At which point I realized I had sworn at an infant. So in the same chuchi-coo voice I told the baby it was a good thing he was so little and didn’t realize I had a potty mouth.

My coworker was peeing herself laughing at this point. Her potty mouth is way worse than mine, as her 3 year old daughter is eloquently highlighting to her, so she thought nothing of what I had said.

Now, I know kids are exposed to all sorts of language now a days. And though I know that h-e-double hockey sticks is by no mean the worst  curse in any potty mouth’s repertoire, it got me thinking about swearing in my novel.

My WIP is YA. As in geared toward young adults.

And recently while writing my main character swore. Not a really bad swear word – okay he said shit. And as I wrote it, I circled it and highlighted it yellow.

A potty mouthed blight upon my page.

This lead me to scroll through my texts and realized that the dialogue was peppered with damns and hells. But   apparently I am fine with those since it took good ole sugar-honey-ice-tea for me to react to the language I am using in my writing.

In a bit of a totally self-conscious panic I then kept writing using the more g-rated curses. And shoot wouldn’t you know it my dialogue went to heck.

James Dashner, who wrote The Maze Runner, created his own language of curses because let’s face it after a certain age kids use the same foul language we adults do. And it would be completely unrealistic to write a story where teenage main characters never swore.

Wait , I can’t remember did Harry Potter swear? I know Harry must of at least used a bloody or two.  Man. Is swearing so normal in my vocab that I don’t even pause when I read it?

I am a little worried that the bloodys, hells and damns are the gateway curses and they opened the door to shit, who will take my hand down the slippery road to fuck.

I know that there is some leeway when you are writing YA, there are YA  books with violence and others that cover very adult topics like rape and incest. So is a little foul language out of place? 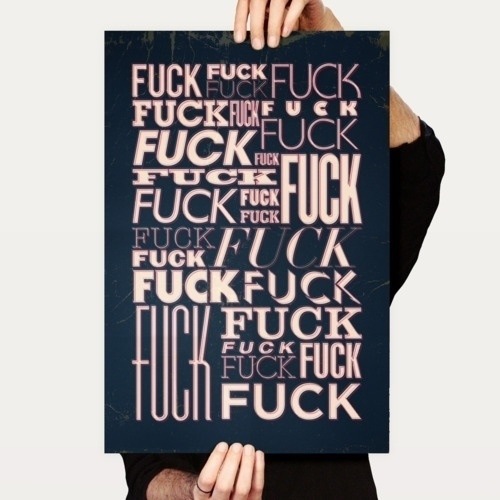 8 thoughts on “To swear or not to swear”